From 8 to 13 August a LIFE Perdix delegation was hosted in France for the second scientific stage on wildlife management.

In Paris, after the warm welcome in the National headquarters of the Fédération Nationale des Chasseurs by the French national delegate, the participants were presented with the programs and objectives of this scientific stage.

The first stop on the field was Versailles, to closely observe some techniques for monitoring and safeguarding fauna and agricultural crops with drones and thermal sensors. Subsequently, there was a comparison on the environmental improvements to be implemented in the protection areas, starting from agricultural crops, meadows and pastures, in order to arrive at the right compromise between livestock activities (sheep, horses and cattle) and related activities.

The following day there was a meeting with the FDC 28 of the Loire, which discussed the management of the Gray Partridge and the programs and techniques currently developed and used to ensure the survival of these wild populations. The exchange of expertise between all the technicians was really intense and the afternoon was spent in a National Center for the recovery and breeding of the Gray Partridge of the Federation of French Hunters.

Some breeding and management techniques illustrated to us by the French proved to be very interesting, such as the practice of natural adoption and the release of entire family groups in a staggered manner over time and individuals.

Between the 3rd and 4th day, wake up at dawn to start monitoring sessions for small game (gray partridges, pheasants, hares and red partridges), in which there was the opportunity to learn their effective and innovative methods.

The animals were really many: big eyes and lapwings, several birds of prey and ungulates such as roe deer and wild boar. Again comparisons between all the technicians on management methods and departmental policies and in the evening an excursion to the Chambord reserve to observe the ungulates from the roof terraces.

On the last day, transfer to the Fédération départementale des chasseurs d’Eure et Loir where there was talk above all of environmental improvements for wildlife and Community agricultural policy. In the afternoon, in the territory of Villiers, with the FDC 77 they were able to see live their techniques of release and introduction of partridges, always with a comparison of French and Italian constructive experiences on a scientific basis. In the evening, after dinner, an outing to watch the monitoring with night vision goggles.

This second stage proved to be further formative to implement our good practices of reintroduction of partridge in the Mezzano Valley. We have certainly learned a lot from our French colleagues who will soon come to visit us in Italy to see our results for themselves. 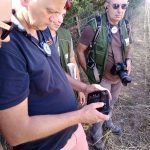 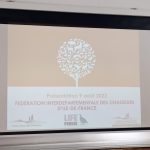 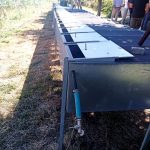 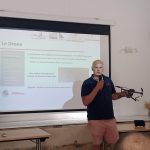 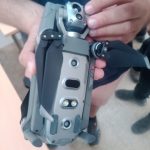 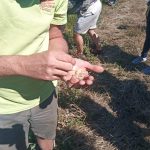 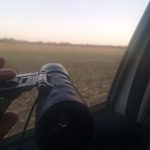 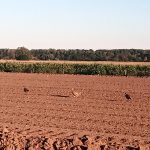 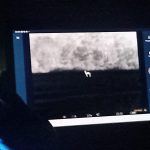 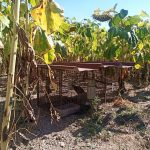 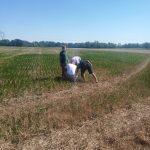